A Letter of Appreciation

This letter of thanks and appreciation has been long coming. I have tried to write it many times but could not find the words to express how grateful I am for you. Thank you is not nearly enough for all you have done for me!

Early in 2018, I had started having problems with tripping over small things and feeling uncoordinated. 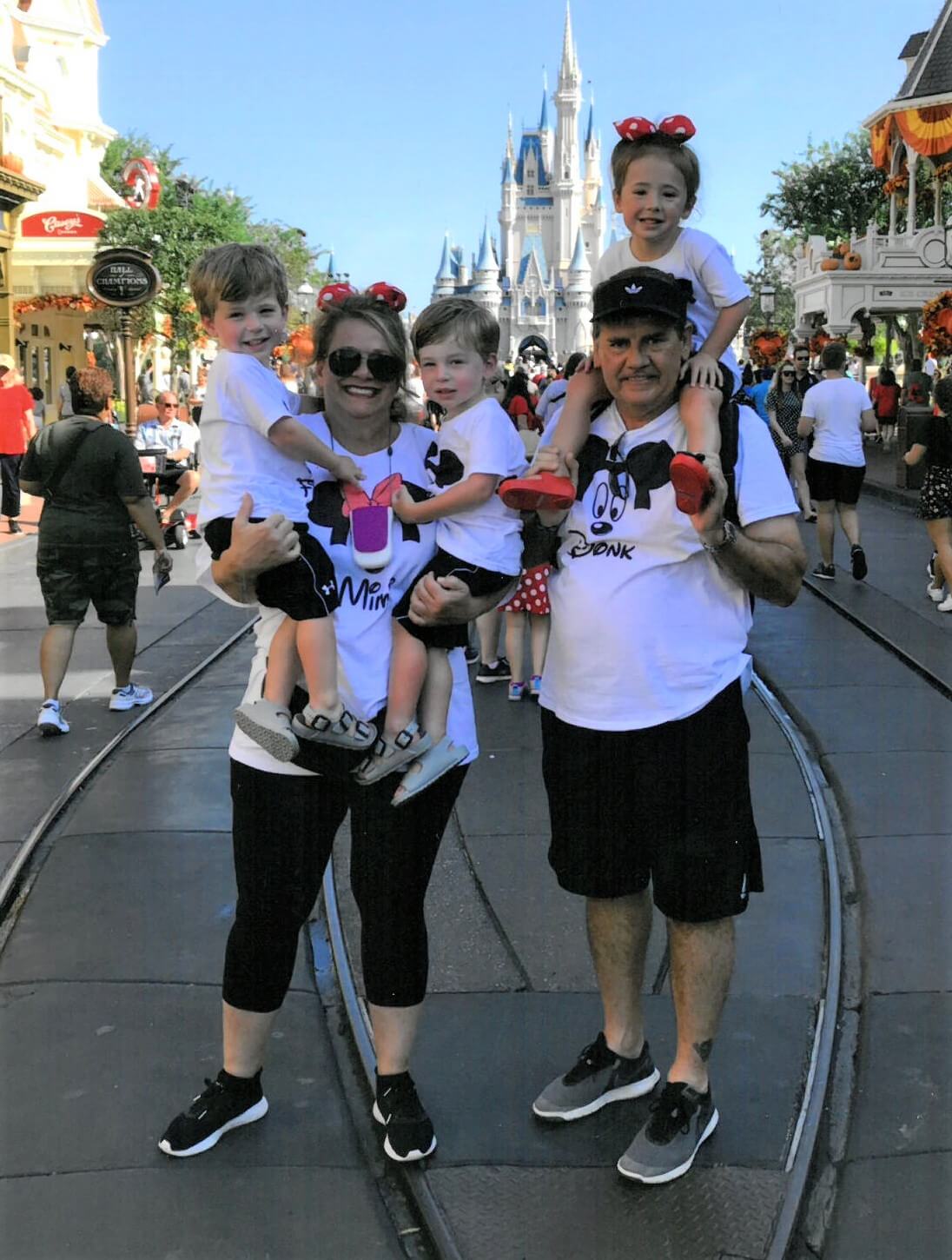 This continued to get worse and my mobility was declining slowly. By the fall of 2018, I was struggling to walk and could not walk-through sand on the beach. We go to Florida in the fall with my three youngest grandchildren, my daughter, and son in-law. It was so frustrating to not be able to run after the little ones or enjoy the beach with them. I could not keep my balance even in the shallow water. Several doctors, hospitals, and many tests and procedures had not determined why I was losing the ability to walk or why my legs were numb all the time. Come January 2019, I finally was diagnosed with a meningioma on my spinal cord, in the thoracic part of my spine. This tumor was large and was crushing my spinal cord. It would need to be removed as soon as possible. I knew there was only one doctor that I would feel confident and trust to do my surgery, and that was you!

When the neurologist called your office, you were able to see me the very next day for a consultation. You were very calm and reassuring and explained the surgery in detail. I knew this would be a major surgery with unknown outcomes, but I was completely confident that you would bring me through this storm and “fix” me. I only asked that you make my legs work again so I could take my grandchildren to the beach in the fall. You looked at me, and without a doubt, said that I would be chasing them on the beach come fall of that same year! That was all I needed to hear, and I was good to go!

Surgery day was Valentine’s Day 2019, a day I will never forget. You gave me my life back on that day. The surgery went very well and you were able to get absolutely all of my tumor out! Not that I doubted your ability to do so, but I knew it would be difficult. I spent almost a week at the amazing Indiana Spine Hospital, then two weeks in rehabilitation to learn to walk and get stronger.

Once again, we planned our fall trip to Florida so we could have fun on the beach. This was the fall of 2019, a mere 7 months after my major surgery. I decided that not only would I chase my grandchildren on the beach, but I bought tickets to Disney for a day. The enclosed picture is me holding my identical twin grandson’s Finn and Owen and Darrell holding my granddaughter Eliza at Disney World in Orlando Florida. It was a tough day with temperatures in the 90’s, but I walked the entire park and even rode a few rides!

Words cannot describe how grateful I am for you! You have a special gift as a surgeon and as a person. Thank you for giving me my life back. Thank you for being the dedicated, thoughtful, and compassionate doctor that you are. You always go above and beyond. I feel extremely blessed to know you and have you as my doctor.

Many thanks, Denise Godwin

James was first seen by one of Indiana Spine Group’s surgeons back in 2000, Dr. Kenneth Renkens. Dr. Renkens performed a fusion of his spine, due to spinal stenosis, a narrowing of the spaces within your spine, which can put pressure on the nerves that travel through the spine.  The surgery 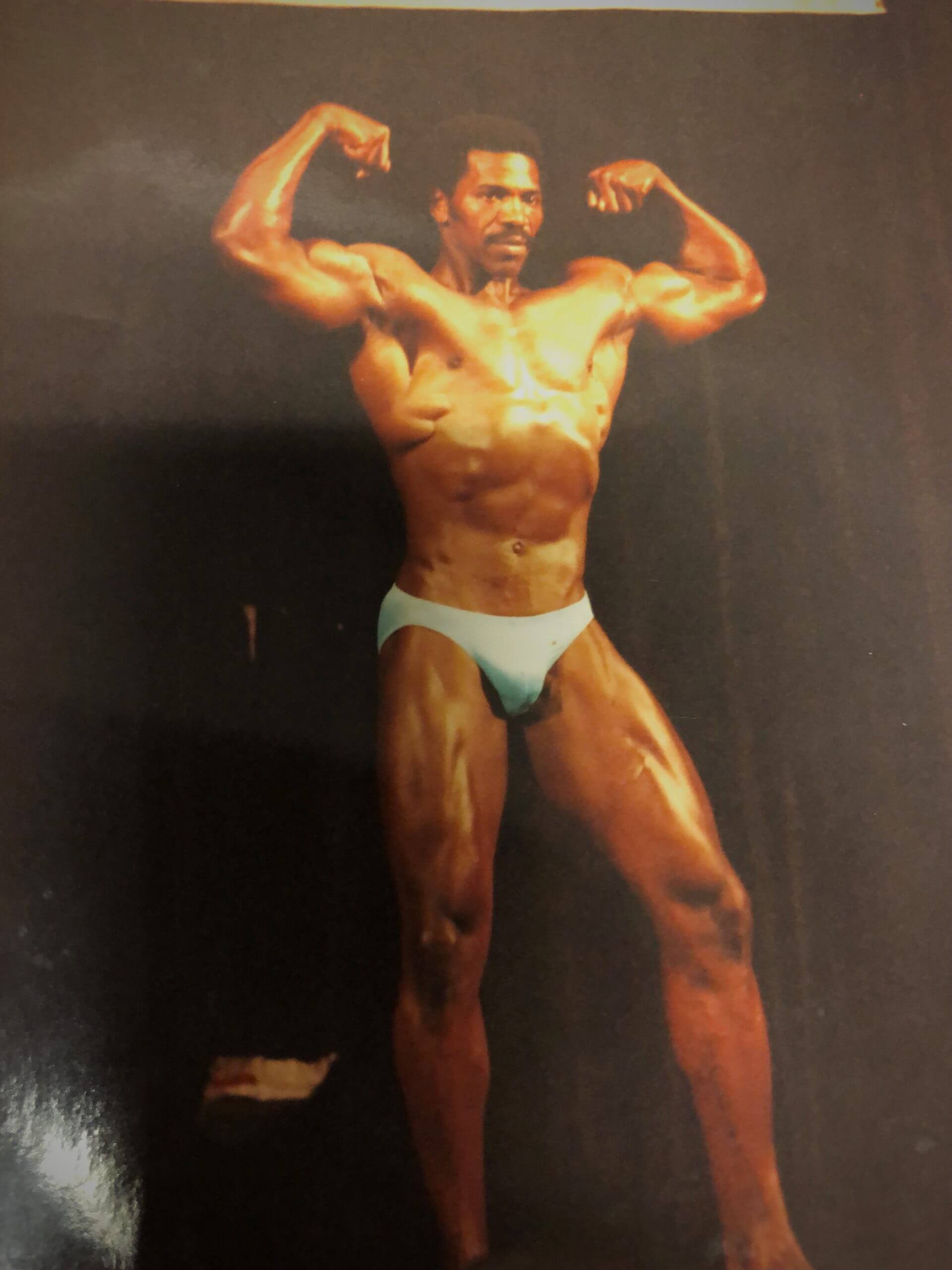 was very successful and he was able to begin training again for body building competitions after six months.

Over a twenty-year timespan, the pain in James’ back began to increase and he received a diagnosis of MS in 2004.  The increased pain and the MS diagnosis forced James to stop training for competitions and retire as police chief of Warren Township.

James went to see Dr. Michael McCarthy at Indiana Spine Group back in October 2020. His goal was to find a diagnosis and relief to his increased back pain. During that visit, Dr. McCarthy discovered Adjacent Segment Disease (ASD), a condition that may sometimes occur after a spinal fusion surgery. ASD is a condition where degenerative changes develop on the discs and joints above or below the level where a previous surgery was performed.  Dr. McCarthy performed surgery two weeks later.

Currently James manages One Vision in Christ church in Indianapolis and is in the recovery phase from his surgery.  Indiana Spine Group and Dr. Michael McCarthy are honored James gave them the opportunity to help get his life back.

A little history…Joan came to Indiana Spine Group back in July of this year and returned in August for surgery, by Dr. Rick Sasso.  Dr. Kevin Macadaeg injected Joan’s back to help determine that she had three stress fractures in her lumbar spine.  Joan was in excruciating pain and had difficulty walking prior to her surgery. Even Bella Blue, her service dog, could feel the pain she was in.

Since putting her first foot into the building in July, Joan has been amazed by the treatment she has received and continues to receive at both ISG and ISH.  “I couldn’t believe how content and at ease everyone was, making me feel less anxious about surgery.  The employees were well educated and covered all my questions without me even addressing them, that was amazing in itself.   The hospital was like no other I have been to.  I felt like I was at a spa and the food was outstanding.”

Now, six weeks later, Joan is feeling so much better and is walking almost a half-mile a day with her dog Bella Blue.  Indiana Spine Group and Indiana Spine Hospital are so happy Joan is doing well and is back in action.  Thank you Joan for giving us the opportunity to make your life a little bit happier.

Mack first arrived at the doors of Indiana Spine Group in September 2019.

Rewind back to the year 2007, when he was diagnosed with spinal stenosis (a narrowing of the spaces in your spine which may put pressure on the spinal cord/nerves). Several surgeries were performed, by an outside group at that time, to relieve pain in his back and neck. Unfortunately, he did not improve. Mack ultimately lived with his pain for over ten years and in 2017, things began to change when he became progressively weaker, developed balance issues, and subsequently began to fall. In a relatively short period of time, over the course of 6-12 months, he digressed from using a cane to a stationary walker, to a rollator walker, and ultimately becoming wheelchair-bound. In 2018, he was forced to move into an assisted living facility because he had lost his independence.

In early 2019, Mack decided to see a neurologist, who told him there was nothing that could be done to help. Mack obtained a second opinion with a neurosurgeon that stated his spinal cord was compressed in his neck causing his issue; however, they wouldn’t operate because of the risks involved.

Determined to find a better solution, Mack went to see his primary care physician, Kathryn M. Colteryahn, M.D. for further advice. Dr. Colteryahn gave Mack the hope he was waiting for; she recommended seeing Dr. Justin Miller at Indiana Spine Group.  Dr. Miller saw Mack, in our Danville office, for the first time in September 2019, wherein he gave his story/history. After a thorough evaluation and discussing Mack’s options to possibly get his life back on track, Dr. Miller ultimately performed surgery on his cervical spine at Hendricks Regional Hospital in October 2019. Dr. Miller removed the pressure from the spinal cord and stabilized his head and neck to further protect the spinal cord and hopefully allow it to heal. Since then, Mack has improved tremendously and can now perform most of life’s daily activities independently. He is living pain-free and his goal is to transfer out of rehabilitation and return to assisted living. “A person has to have goals, even at 87 years old, right?”, said Mack.

A huge thank you to Mack and his family, for giving Indiana Spine Group and Dr. Justin Miller the opportunity to make a difference in his life.

Slow and steady wins the race…

Daniel Cisek returned to Indiana Spine Group after Dr. Joseph Smucker initially treated him with a lumbar laminectomy in July 2018 for spinal stenosis; a narrowing of the spaces within your spine, which can put pressure on the nerves.

Daniel and his wife Mary were in Florida earlier this year, when he experienced weakness in his arms, pain, was falling often and began having difficulty walking. They traveled back to Indiana to see Dr. Smucker in March, during the COVID pandemic. It was difficult to see anyone in Florida during this time and Daniel wanted to revisit Indiana Spine Group due to his former care here.  Daniel was unable to walk when he was seen at our clinic in Carmel.  The weakness and balance difficulties he was feeling indicated he needed surgery on his cervical spine to treat his spinal cord compression, which was affecting his arm and leg function.  Daniel had surgery at Ascension St. Vincent Fishers Hospital at the end of April.

After surgery, he spent approximately 4 weeks in inpatient rehabilitation and was then able to go home.  Mary stated, the main goal for her was that Daniel could get in and out of bed and the car, as she couldn’t help. Daniel’s goal was to walk again and was very motivated throughout his time in the hospital and rehabilitation.

Since the acute rehabilitation, Daniel visits Indiana Spine Group’s Physical Therapy department twice a week and currently can walk with a walker and even take a few steps on his own.

When I asked Daniel what his goals were, he stated, “I want to walk without a walker, play gin rummy, golf and play my accordion again.”  Those are some pretty great goals!

Daniel and Mary Cisek, you make Indiana Spine Group very proud!  Thank you for choosing us.

You are being redirected to the Medical Academic Center.

You are being redirected to the Indiana Spine Hospital

You are being redirected to the North Meridian Surgery Center